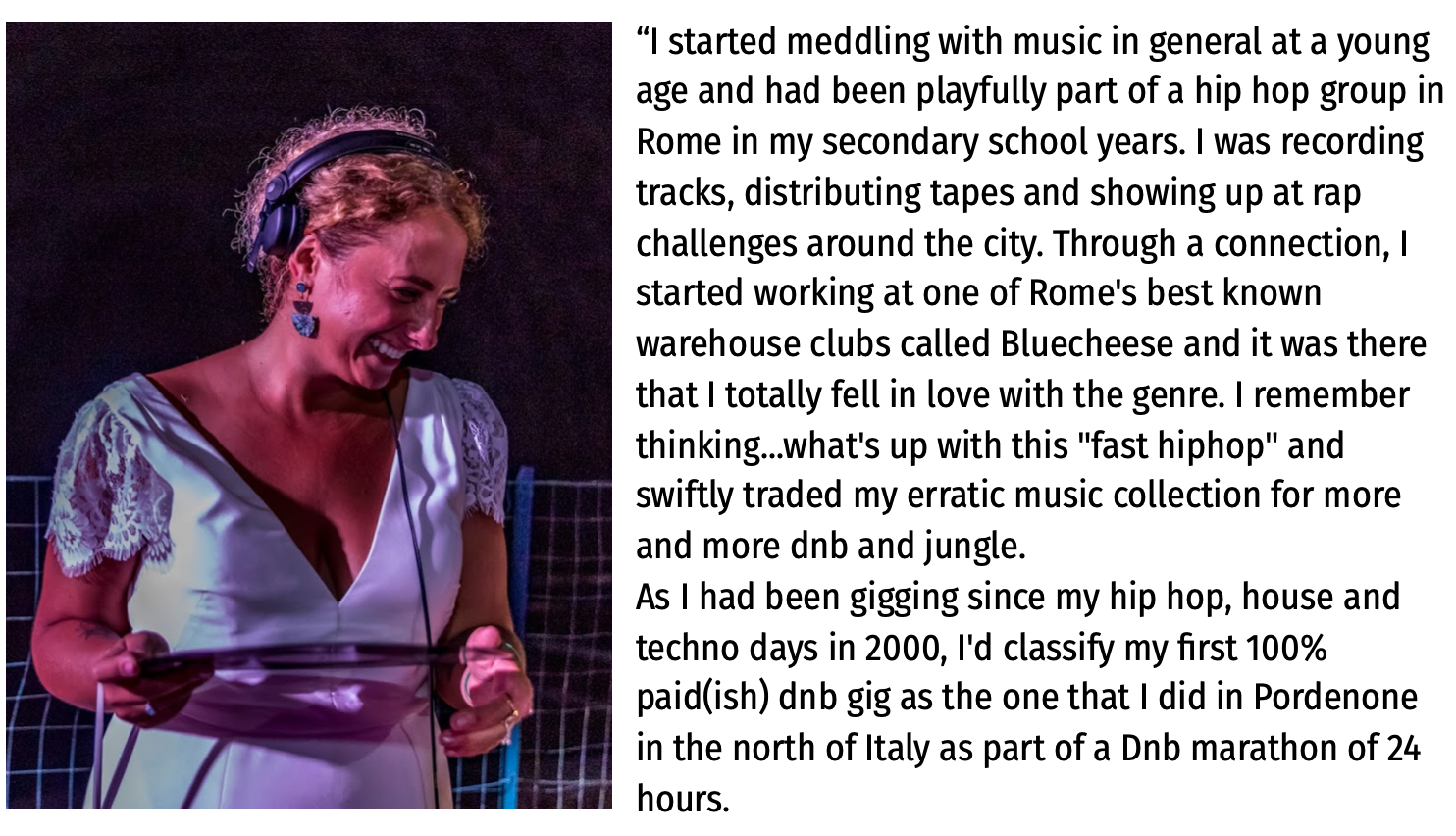 Q. From your perspective, how have things changed for womxn in the drumandbass community in recent years? What would be your hopes going forward?

A. Certainly there’s been more access and interest from womxn and in addition to a slight increase in diversity across dj line ups & radio shows there’s also been more light shed on those that are shaping our scene from behind the curtains. I’d like to stay positive and take the signals we see today as an indicator for the future, although, there’s still a lot to do. As a mixed woman myself from a non-British background, I also felt I had to prove myself over and over again to be allowed to play with the others, but I have also been very lucky to find people that supported me. My hopes are that we continue to value everyone’s contribution and remember to make space for new and different creative expressions.

Q. 2020 has been a tough year for a lot of us, has it affected your creative output in any way? Is there something that you learned or rediscovered about yourself during this time?

A. I spent half of this year feeling guilty for not having been as productive as some of my peers in the industry – I could have recorded mixes, streams, shows, blogs.. but somehow I gravitated towards other artforms that I felt strongly towards. It was only in the latter half that I stopped punishing myself for liking more than 1 thing, that being dnb. I learnt that it’s okay to not have a linear, sequential kind of artistic output and that if I have nothing to say for a bit, it’s totally fine.

Q. And now some total fantasy here… If by some magic, a miracle happened tonight while you were sleeping and when you wake in the morning the world is in a much better and happier place. What would that look like for you?

A. Egocentrism is one of those things that really upsets me and we’ve been seeing a lot of it over the past decade or so. I see it in my work environment, in politics, in friendships and relations. The world could be a happier place if we were more aware of how our individual actions could impact others. There’s a quote I like that describes the temptations of egocentrism which suggests that we should wear our Ego as we would wear a loosely fitted jumper.